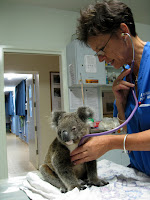 Once again in my favorite spot for interviews, I engaged a smart-looking, 30something Australian couple in conversation while we waited to board our plane. Ms. Aussie had spent 3 years living in Vancouver and was familiar with both the Canadian and Australian health care system. “I loved the Canadian system!” she exclaimed enthusiastically.

In Australia, she told me, private health insurance plays a much larger role in the health care system. There is an Australian publicly funded universal health care system called Medicare, which covers everyone for medically necessary doctor’s services and hospitalization. Medicare is funded partly by a 1.5% income tax levy and partly out of general revenue. But 45% of Australians also carry private insurance – hospital coverage, ancillary coverage, or a combination of the two. Hospital coverage enables policyholders to go to private hospitals, choose their doctor when hospitalized, schedule elective surgeries more promptly, stay in a private room, and make up some of the difference between the amount the government payment schedule will cover for doctors’ charges whilst an in-patient and what the doctors actually charge (called the "gap"). Private "ancillary" insurance covers some of the extended services, like physical therapy, optical, and dental, the way the private extended coverage does in Canada.

Ms. Aussie's sister had used private insurance and a private hospital when she needed back surgery. She would have had to wait a year for the surgery had she used the public system, according to Ms. Aussie. Ouch! But she ended up paying $7,000 out-of-pocket due to the "gap" despite her private insurance. Oooouch!

Ms. Aussie had no complaints about the care she had received in either country but she seemed to prefer the Canadian system. I guess more people end up paying more out-of-pocket for the Australian system. By the way, she mentioned, as have several of the Canadians I’ve spoken to, how important it is for them to purchase travel health insurance before coming to the US. Wouldn’t dare leave home without it!

Posted by The Health Care Chick at 6:46 PM